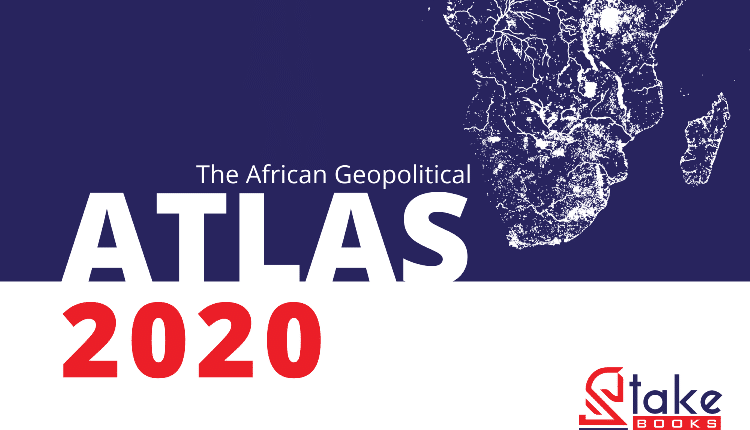 Stake experts is a consulting firm specialising in political and security analysis, setting up of monitoring and early warning systems on the African continent, and training on security risk management. They recently released the first edition of The African Geopolitical ATLAS, a 222 pages-long bilingual (English/French) collection of 84 maps on the continent’s issues. Claude Biao directed this year’s edition. He discusses one specific indicator in the volume: the “fighting population ratio”.

This edition of Stake experts African Geopolitical ATLAS features a “fighting population ratio”. What is it all about?

The fighting population ratio is defined in our ATLAS as the number of active combatants, both military and non-state armed groups’ personnel, per thousand of population. It’s an indicator that is rarely taken into account when it comes to analysing the security issues on the continent, but I think it’s an important one both on the programmatic and political level. The degree of militarisation of societies can help understand or reveal major mechanisms at play, social status or wealth made possible by the simple fact of bearing arms for example, and thus, better inform peace and state-building policies. That’s why we decided to include that ratio in the third part of the book (the country-level maps). In practice it is represented as per thousand numbers, for example, 7.51‰ for the military personnel and 0.05‰ for the non-state armed groups’ personnel if I take the first country map in that section: Algeria.

To get those ratios you probably need to know the exact number of fighting personnel in each African country. How do you achieve this?

In our methodology for this ATLAS overall, we essentially rely on open-source data for the information that are covered, and then primary source data collected by Stake experts’ observers in several African countries. The specific methodological issues we had with these fighting personnel numbers were twofold. On the one hand, official military personnel numbers made public by states and other data sources were not discriminated between personnel serving in combat units and administrative personnel. So we had to apply a reduction percentage for administrative personnel that we deduced from extrapolations of an existing unit- or region-level discriminated data. On the other hand, there was no way for us to gather primary source information about non-state armed groups’ personnel without putting the team at risk. Here again, we collected data from claims those actors made in official and unofficial communications over the past two years, to which we applied a correction rate to mitigate the overestimating problem.

1 Percent of Africans are Fully Vaccinated Against…

To you, what was the most difficult part of the whole process?

Getting those closest-to-the-reality numbers for non-state armed groups was the hardest, obviously. It was not enough to just find a good solution to collect and compute the data. The fact is that most of the non-state armed groups of the continent are not only clandestine organisations but they also rarely have dedicated “career” fighters. Instead, most of their fighters we found out were seasonal, typically fighting during the dry season, and returning to farm their fields for example when the rain comes back. I remember we spent hours, together with the technical team, trying to figure out how to best reflect this in our data.

Africa, like the rest of the world, is experiencing the current COVID-19 crisis. What changes do you think this crisis may induct in the continent’s armed groups strategies?

It’s hard to say. We still have a lot to learn from the current crisis, and to some extent, non-state armed groups are also learning from it. We’ve seen for example that Somalia’s Al Shabaab started kidnapping medical officers among other professionals in Mandera County (Kenya), and has even set up a “committee” tasked to fight the coronavirus in May. Others groups have described the disease as “God’s punishment”. These two examples only, show different possible strategic paths, promoting themselves as credible substitution authorities were states don’t seem to deliver, or using the relative weakness of some countries in this time to their advantage… or even using large scale forced contaminations as a new warfare tactic. Of course, these are mere speculations, but I think one thing is absolutely certain: armed groups on the continent are watching and learning from both how the crisis evolves, and how the countries respond to it.

Almost All Oil Pumped Out From A Ship Stranded in Mauritius

More Than 2000 Demonstrators Belarus Have Now Been Released

1 Percent of Africans are Fully Vaccinated Against Coronavirus