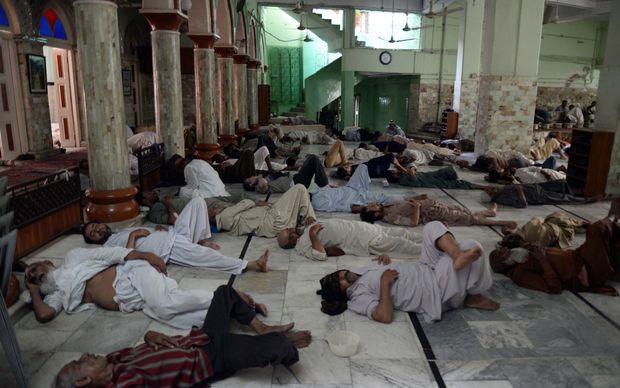 Dozens Killed by Heat Wave in Karachi Pakistan. In the Pakistani city of Karachi, at least 65 people died in three days due to the extremely high temperatures. That reports an aid organization in the metropolis.

The coming days keep temperatures above 40 degrees. The aid organization Edhi Foundation, which has its own ambulance services and mortuaries in Karachi, fears that the death toll will increase. The heat wave coincides with Ramadan, in which many Muslims do not eat or drink, published by News Tribune.

The governor of the province of Sindh in the south of the country contradicts that Pakistanis died as a result of the heat. In his own words he has not received any notice from doctors.

In 2015, some 2000 people were killed in a heat wave in South Pakistan. Mortuaries of the Edhi Foundation, among others, were overcrowded and bodies of deceased people were laid out on the street.