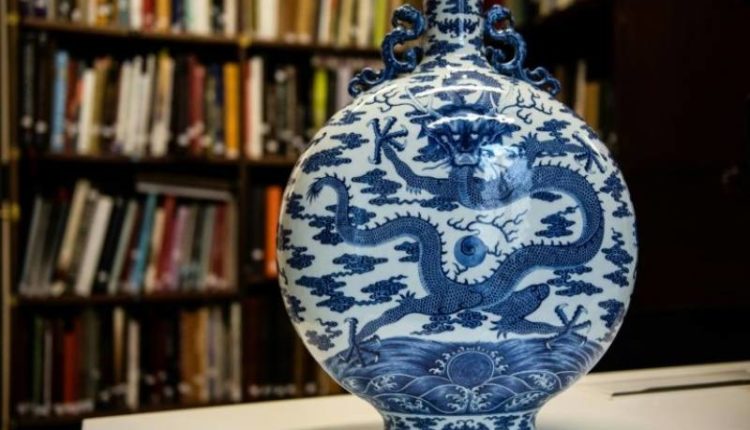 At an auction in the French city of Bourges, almost 5 million euros was paid for a scarce Chinese vase, nearly half a meter high. The vase dates from Emperor Qianlong, who ruled China for much of the 18th century.

The vase was owned by a family from the Loire Valley and was offered for sale at the Cabinet Portier auction house in Bourges. Between 1 and 2 million euros was expected. A similar vase had raised 1.8 million euros at an auction in Hong Kong in 2016.

It is a very rare vase. The white-blue gem is half a meter high and richly decorated, including with a dragon, the symbol of emperorship.

The vase dates from the 18th century and bears the stamp of Qianlong (1736-1795), the most important emperor of the Qing-Mandsjoe dynasty and perhaps the most powerful ruler of China. Under Qianlong, China had its largest size, more significant than now.

If the Qianlong era – including the then West – was viewed as a cultural and political high point of China, it was also accompanied by bloody wars and oppression.

For example, the conquest of Central Asia was accompanied by a genocide among the Dzoengar Mongols and massacres and rape among the Turkish-speaking Uyghurs.

Qianlong also indirectly established his influence over Tibet and the Dalai Lama, but his troops suffered defeat, including against the Nepalese in the Himalayas and Burma (now Myanmar).