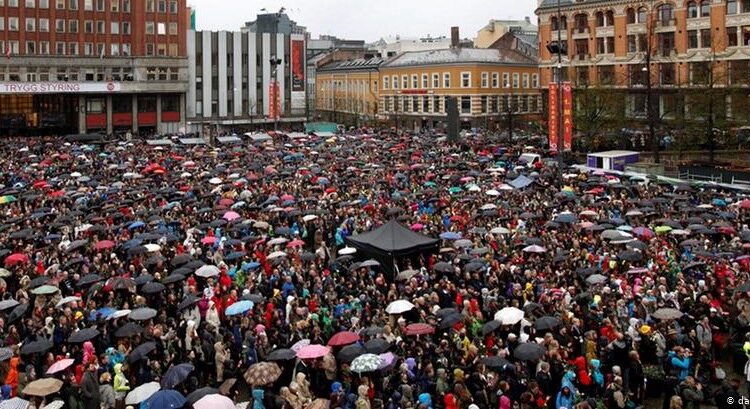 Despite protests, Monday started with the removal of two works of art designed by Pablo Picasso on a wall of a Norwegian government building in Oslo.

The works were damaged by the terrorist attack by the extreme right-wing Anders Behring Breivik in 2011.

The Y Block, a building complex named after its shape, will be demolished according to plan due to the damage caused by the explosives.

On the grey cement walls are two drawings by Picasso sandblasted by the Norwegian artist Carl Nesjar, who collaborated with the Spanish master painter.

The facade on the street shows The fishermen, three men who drag a big catch on their boat. In the lobby, The Seagull, the wings spread wide, is a fish outwit.

On Monday, the works weighing 250 and 60 tons respectively were placed in solid metal supports to be transported and stored nearby, said Statsbygg, the public agency in charge of scrapping.

The plan is to integrate the works into a new government building to be completed by 2025.

Opponents of the project, both in Norway and abroad, have mobilized in recent years to save the building and called for renovation and preservation as planned for the adjacent building, Block H.

The Prime Minister’s offices were located in Block H until Breivik blew up a van with 950 kilograms of explosives. He then shot and killed 77 people on Utoya Island.

Boris Johnson: Signs of Second Coronavirus Wave in Some Countries