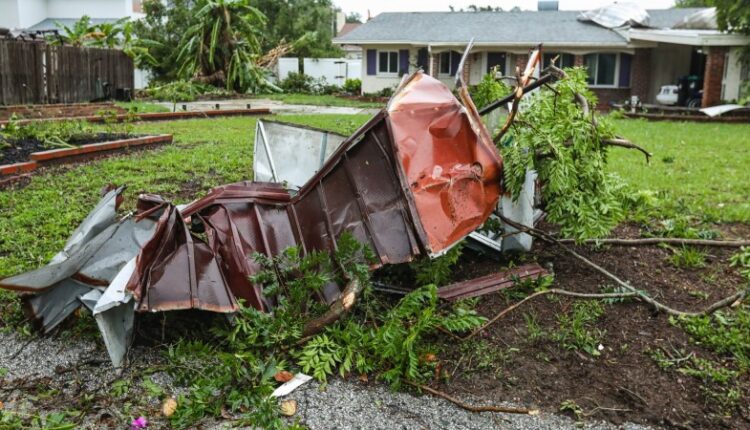 The British are preparing for storm Eunice while the United Kingdom is still dealing with nuisance and damage from storm Dudley. Because of Eunice, a rare code red has been issued for part of Wales and the South West of England.

Code orange and yellow apply on Friday in the rest of the country. Just like in the Netherlands, they warn of less serious consequences than code red. However, Ireland also warns of strong winds and possible flooding. Eunice is expected to be accompanied by wind gusts of up to 160 kilometres per hour.

The British weather service warned on Friday of flying debris that could endanger life, power outages, road closures and problems in public transport. This is especially true for the south west of the UK, in the morning. The north is expected to experience the least amount of nuisance. According to British media, the weather service has called on people to stay indoors.

Storm Dudley has been causing a nuisance in parts of the UK since Wednesday. Local media reports include uprooted trees, problems in public transport and power outages for several tens of thousands of households. Other countries are also experiencing nuisance from Dudley, including the Netherlands.

Moscow: It’s Too Early to Plan A Biden-Putin Summit