Donald Trump’s political future is decided in court. He wants to regain his social media accounts but also threatens to appear in the dock himself.

If Trump wants to run again in the US presidential election in 2024, as he says he is considering, he cannot do without his accounts on Twitter, Facebook and YouTube. The tech giants have blocked Trump since he fueled and glorified the storming of the Capitol on Jan. 6. Trump is now going to court, he announces, to challenge that “censorship” on behalf of other blocked users.

Trump and his supporters have long accused social media companies of silencing conservatives. But, in court, people with such complaints have never been proved right, experts say, who now also see little success in the chances of Trump and his team.

For Trump, such a lawsuit is also a campaign tool. Immediately after the announcement, his teams began sending emails and texts asking for donations to support him in his legal battle against Big Tech. He will need a lot of help from lawyers to stand any chance of success in the 2024 presidential election.

Trump’s real estate company, the Trump Organization, was suspected last week in a criminal case that could also threaten Trump himself. Justice in New York is prosecuting a top executive of the Trump Organization, financial director Allen Weisselberg (73), for tax fraud. That would have deliberately kept $1.7 million in income out of sight of the tax authorities.

Instead of a salary, he was given cars, apartments or costly tuition for years to pay for the education of relatives. As a result, the US Treasury lost hundreds of thousands of dollars. In the worst case, Weisselberg could face a prison sentence.

The big question is what Trump himself knew about tax fraud in his company. He was long known for being a “micromanager” who was involved in every detail of the firm. Weisselberg’s former daughter-in-law, Jennifer Weisselberg, has already testified that she attended talks where Trump discussed how he would pay his financial man black. Trump himself signed checks to pay school fees for Weisselberg’s grandchildren, according to justice. 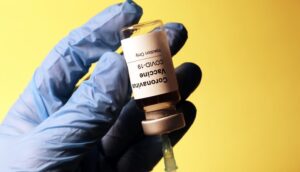 Previous post 1 Percent of Africans are Fully Vaccinated Against Coronavirus 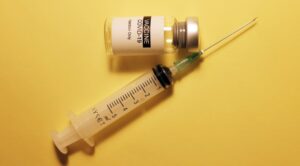