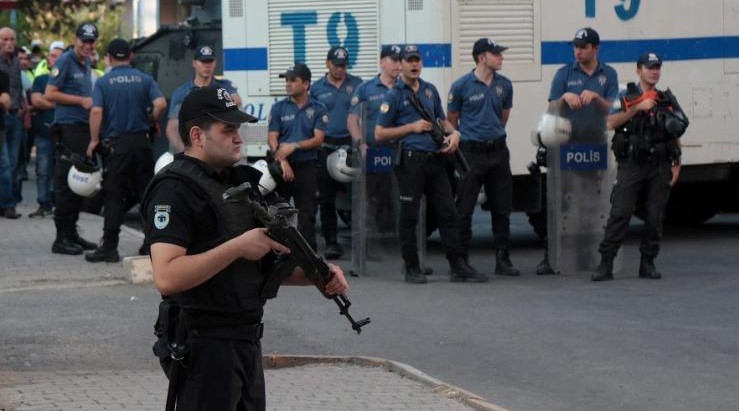 Turkey has arrested lawyers in several provinces with alleged ties to Kurdish organizations.

A total of 72 people, including 24 lawyers and doctors, were arrested, the Turkish state news agency Anadolu reported Friday. The prosecutor’s office has ordered 101 arrests in southeastern Diyarbakir.

The detainees are accused, among other things, of being a member of the Kurdish non-governmental organization DTK. The Turkish government sees the DTK as an offshoot of the Kurdistan Workers’ Party PKK, which is seen as terrorist and banned.

Diyarbakir Bar Association chairman Cihan Aydin wrote on Twitter that the arrests were based on the names of the suspects being mentioned in DTK records.

In pre-dawn raids, police searched the suspects’ apartments in Istanbul, Izmir and the southeastern cities of Diyarbakir and Adiyaman. Anadolu said authorities seized weapons, documents and digital material from the suspects’ addresses.

On Friday, the mayor of Menemen in the western Turkish province of Izmir and 21 other people were also arrested. They are accused of bribery and abuse of office, according to media reports.

More Companies Do Not Expect Brexit Consequences for Their Own Business