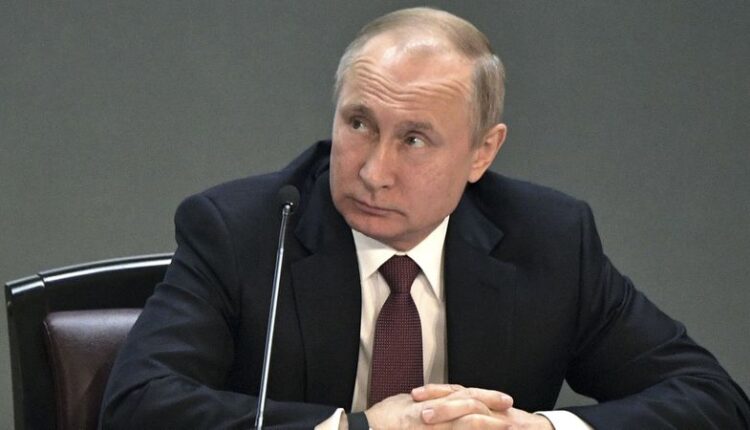 In his speech on the occasion of the victory over Nazi Germany, Vladimir Putin, as expected, also spoke about the Ukraine war. “Russia had to counter the aggression of Ukraine and Western countries. It was the only possible response from a sovereign state,” Putin said.

In front of 11,000 soldiers on Red Square, Russian President Vladimir Putin presented the war in Ukraine as a purely defensive action by “Russian land”. On the other hand, there was no talk of a general mobilization or an expansion of the struggle.

In his speech at the military parade on Red Square in Moscow to mark the victory over Nazi Germany, Russian President Vladimir Putin, as expected, also commented on the war in Ukraine – and played the role of victim. “Russia had to counter the aggression of Ukraine and Western countries. It was the only possible response from a sovereign state,” he claimed Monday.

In December, Russia called on the West to engage in honest dialogue and seek compromise solutions that take all mutual interests into account. But: “The NATO countries didn’t want to hear us – they had other plans”. So the “special military operation” was a necessary and timely measure.

In doing so, Putin portrayed Russia’s war of aggression in Ukraine as a purely defensive action against “historic Russian land”. “An unacceptable threat to us was systematically created – right on our borders. We’ve seen the danger grow every day,” he claimed, distorting the facts.

In addition, he falsely said that fighting in Ukraine would take place only in Donbas. And he added, addressing Russia’s soldiers: “You are fighting for our fatherland, for the future. So that no one forgets the lessons of World War II so that there are no more Nazis.”

Putin’s speech was surprisingly short – he spoke for just over ten minutes. But, contrary to what was sometimes expected, there was no talk of general mobilization or an escalation of the war. Instead, he emphasized that Russia respects “all heroes of the Second World War”, including those from the USA, Great Britain and France.

11,000 soldiers had previously marched on Red Square in cold weather. The inner city, secured by a large contingent of uniformed men, resembled a fortress. Hundreds of veterans, the Russian leadership and Patriarch Kirill, head of the Russian Orthodox Church, took their places in a grandstand. Putin, smiling, greeted the veterans with a handshake. Thousands of people were also out and about in Europe’s largest city to watch the arms show.

At the traditional parade in Moscow, not only the soldiers march but tanks and other military technology are also shown. A highlight of the parade is an air show. Eight fighter jets are also said to form the letter “Z” in the sky, which is the official symbol of Russia’s military operation in Ukraine. This time, no foreign heads of state are guests at the parade. There were a total of 28 parades in the largest country in the world in terms of area.

On May 8, 1945, the Second World War in Europe came to an end with the surrender of the German Wehrmacht. Russia celebrates its most important holiday on May 9 with the “Day of Victory” over Nazi Germany.