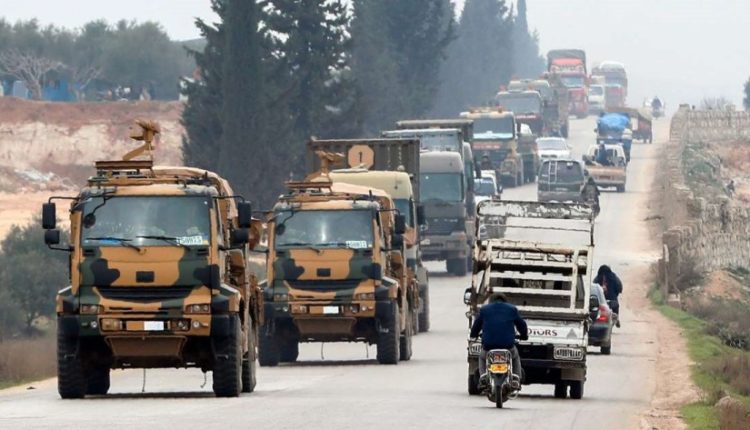 Turkey claims to have destroyed a “chemical weapons installation” from the Syrian regime in northeastern Syria. This is a retribution for the air raids in which more than 30 Turkish soldiers died on Thursday.

The Syrian Observatory for Human Rights contradicts the destruction.

The destroyed installation was, according to Turkey, 13 kilometres south of Aleppo. Turkish forces also destroyed other goals of the Damascus regime, and a senior Turkish representative told journalists on condition of anonymity. The senior official gave no further details.

According to the Syrian Observatory for Human Rights, Ankara destroyed the military airfield of Kweires east of Aleppo. No chemical weapons are stored there, and the NGO told the AFP news agency.

The regime of Syrian President Assad has been repeatedly accused of using chemical weapons since the beginning of the conflict in 2011. It denies this and claims to have removed its chemical arsenal, which many observers doubt.

Turkish shelling and airstrikes cost the lives of at least 48 pro-Assad fighters in the last 24 hours. The Syrian and Russian forces are continuing their attacks on the strategic city of Saraqeb in the east of the Idlib region, according to the Observatory.

The Stock Exchanges in New York Opened With Profits on Wednesday

The Chinese Washed the Hacking Proceeds of North Korea