Stock markets on Wall Street started the trading day with losses on Tuesday. Investors received a series of business results from industrial concerns such as General Electric (GE) and 3M and parcel delivery company UPS.

At the same time, Chinese companies listed in New York were downgraded due to a continued Chinese approach to tech companies.

Investors are also looking ahead. First, the Federal Reserve begins its two-day policy meeting. It is expected that no adjustment to the interest rate or the corona support program will result, but the explanation may show something about the future. Also, on Tuesday, after the close of the stock market, the real data violence will break loose. Then tech companies such as Apple, Google parent Alphabet and Microsoft come with their results.

GE (plus 1 percent) said it saw signs of recovery in the aircraft industry. Airline companies are daring to invest in new aircraft again, and GE is taking advantage of this with its branch that builds and maintains aircraft engines. Orders also rose in other units, and GE increased sales for the first time since the corona crisis.

3M saw sales increase in all divisions. The maker of face masks and Post-it notes, among other things, also became more positive throughout the year but was still lowered by more than 2 percent by investors. Parcel deliverer UPS (minus 8.2 percent) is growing again thanks to home shopping, which has grown enormously since corona.

Chinese regulators have been paying a lot of attention to tech companies in particular for some time. The Asian stock markets already fell as a result, and Chinese companies on Wall Street, such as JD.com and Alibaba were also in the red by up to 3 percent. 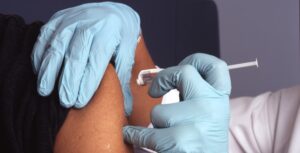 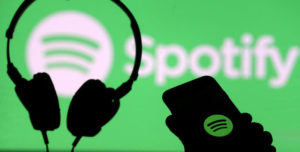