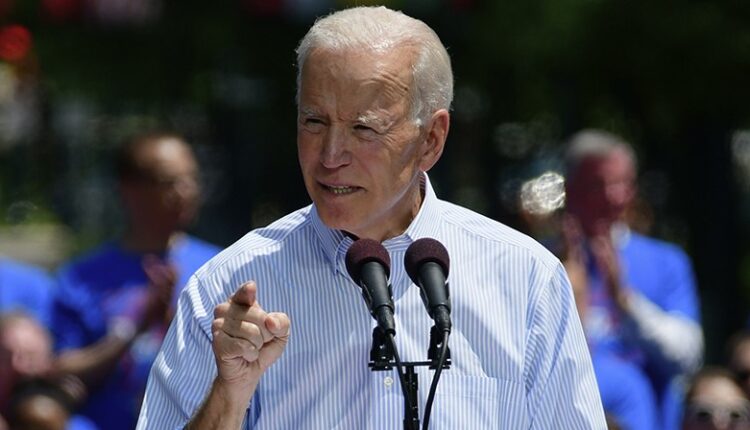 Russia will face “disaster” if it tries to conquer Ukraine. US President Joe Biden said this at a press conference on Wednesday. At the same time, Biden also indicated that NATO is not on the same page and that a “minor incursion” into Ukraine will cost Russia less. The reactions from Ukraine are shocked: “He gives Putin the green light.”

In a two-hour press conference, Joe Biden spoke about the crisis in Ukraine. Russia has stationed some 130,000 troops on the Ukrainian border in recent months. Supposedly, they are there for exercises with Belarus, but Moscow fears will invade the country. Russia denies that an invasion is imminent, but the West does not believe that: the Kremlin is preparing a war to prevent Ukraine from joining NATO as planned. Biden couldn’t say exactly how the West would react.

“I don’t know if Putin himself is so sure of what he’s going to do. My guess is he will invade. He has to do something. He is looking for his place in the world, between China and the West. Is he trying to test us? Yes, I think he will attack, but he will pay dearly for it,” Biden said.

Biden promised at least sanctions in the event of a raid but was not very clear about how the West would react: Ukraine is not yet a member of NATO until further notice, the US president said. “If Russia actually attacks, it will have to bear the consequences, depending on what exactly it does. There is a chance that the invasion will remain limited, and we (NATO) will argue among ourselves about what to do and what not to do.

How united we will be will depend on exactly what Putin does. I am trying to get all Member States on the same page. And if the Russians do what they can do, and they try to conquer all of Ukraine, they are heading for disaster. In time they will prevail, but the cost will be high. There will be consequences.”

Where exactly the line was between an “invasion” and a “small-scale incursion,” Biden did not say. White House spokeswoman Jen Psaki was quick to ramp up Biden’s words. “If Russian troops cross the Ukrainian border, it will be another invasion and will immediately be met with a heavy response from the United States and our allies. President Biden also knows from experience that the Russians have an extensive arsenal of non-military options, such as cyber-attacks and paramilitary tactics. If the Russians take advantage of that, they will immediately receive an appropriate and equal response.”

It was not long to wait for the first shocked reactions from Ukraine to Biden’s words. “We are shocked that Biden is making a difference between a raid and an invasion. This gives Putin the green light to attack Ukraine as he sees fit,” government officials said.

Whether it will come to that, therefore, remains to be seen. Biden did indicate that he was still fully committed to the diplomatic path. For example, he put a new, third meeting between him and Putin on the table. In it, the future of Ukraine could be discussed. Putin has asked for two guarantees. That Ukraine will never join NATO, and that nuclear weapons will never be deployed.”