Tankers with oil from US strategic reserves are on their way to Europe, including the port of Rotterdam. The Bloomberg news agency reports this.

The United States has released oil from those stocks to counter the high fuel prices caused by the war in Ukraine.

Bloomberg relies, among other things, on shipping data. For example, two tankers would now be on their way to the Italian port city of Trieste and to Rotterdam. Those ships are carrying oil that was loaded in Texas.

According to Bloomberg, at the end of April, a ship with oil from American strategic stocks arrived in Rotterdam. Those supplies are stored underground in Texas and Louisiana.

The US and other International Energy Agency (IEA) countries have released tens of millions of barrels from reserves. In total, this concerns 240 million barrels (of 159 litres), the highest number ever by the IEA countries. 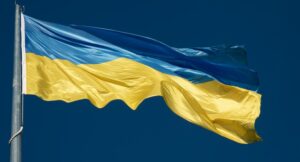 Previous post ILO: Nearly 5 Million Fewer Jobs in Ukraine Since the Start of the War