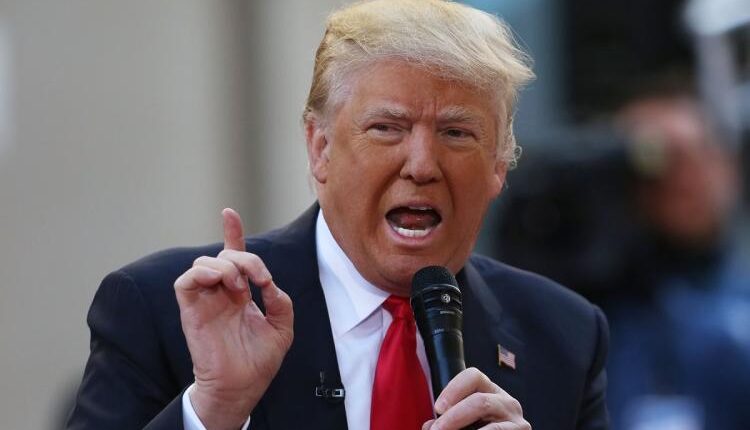 Former US President Donald Trump will create his own social network to “stand up against big tech”. The platform will be called TRUTH Social and will be launched in early November, initially for invitees only.

According to a press release, the network collaborates between Trump Media & Technology Group (TMTG) and Digital World Acquisition Group (DWAG), a Miami-based company listed on the Nasdaq stock exchange. DWAG is a so-called blank check company, a letterbox company with no commercial activities that merged with a private company.

TRUTH Social is just the first phase in TMTG’s plans. After a test version for invitees in November, the social network would be definitively launched in the first three months of 2022.

Later, there will also be a streaming service, TMTG+, on which ‘non-woke’ programs, news and podcasts will appear. Woke is a word that describes people who are very aware of racism and social injustice towards minorities. Ultimately, the company also wants to launch its own cloud service, and thus compete with Google and Amazon.

“I created TRUTH Social and TMTG to stand up to big tech,” the former president wrote in a statement. “We live in a world where the Taliban have a huge presence on Twitter, but your favourite US president is silenced. Trump calls this “unacceptable” and wants the network to become a “rival” of the liberal media.

Trump has a special relationship with social media. Initially, he used major social media, and especially Twitter, very actively to address his supporters. However, relations with his favourite medium deteriorated in the run-up to the 2020 presidential election. Twitter then posted a few notices on his messages to warn that they could be misleading. Later, after the storming of the Capitol on January 6 of this year, Trump was banned from Twitter and Facebook for allegedly inciting his followers.

Since his ban from social media, Trump has been looking for other ways to keep digital contact with his supporters still. Earlier this year, for example, he launched a kind of communication platform on his website. The blog section “From the Desk of Donald J. Trump” looked a bit like Twitter, with the difference that only messages from Trump appeared on it. Unfortunately, less than a month after the platform was launched, it was already discontinued.

With his new company, Donald Trump wants to create a platform that competes with Twitter or Facebook. However, the chances of that happening are very small. Due to the link with the former president, the platform has been openly politicized in advance. So the chances of it becoming a platform for ideas like Twitter, or a place for the whole family like Facebook, are virtually non-existent.